This Amakusa Matsushima is also known as a beautiful evening landscape and has been selected as "100 sunsets in Japan".

Various large and small islands float in the marine blue ocean in Amakusa ( Gokyo bridge: from the 2nd bridge to the 5th bridge). A beautiful landscape is called "Amakusa Matsushima", and it is counted for one of "Japan's three biggest Matsushima" alongside Matsushima in Miyagi Prefecture and Kujukushima in Nagasaki Prefecture.

Blue seas, islands floating in the sea ... Amakusa is a place where marine sports is also very popular! 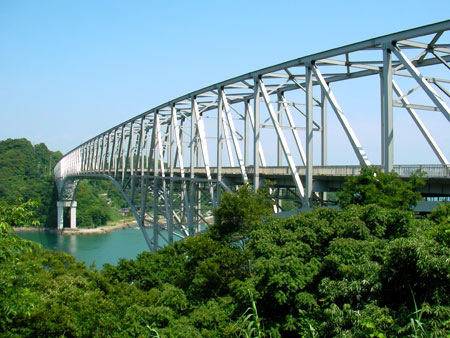 "Amakusa Gokyo" is the five bridges connecting the Oyano-jima of the Amakusa Islands to Nagaura Island ~ Ikejima ~ Maejima ~ Amakusa Uejima, from Misumi at the tip of Uto Peninsula in Kumamoto prefecture. It opened on September 24th, 1966.
The national highway (Route 266, National Highway 324) between No. 1 Bridge and No. 5 Bridge is called "Amakusa Pearl Line" because pearl farming is prosperous. 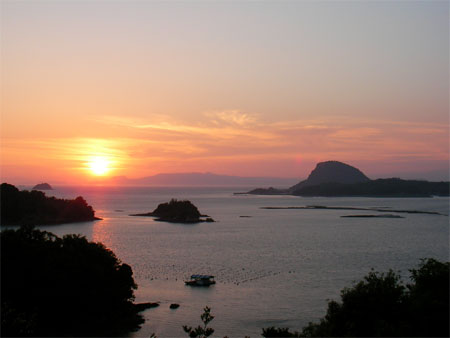 This Amakusa Matsushima is also known as a beautiful evening landscape and has been selected as "100 sunsets in Japan".
A beautiful landscape with large and small islands floating in the marine blue ocean between Amakusa Gokyo Bridge No. 2 and No. 5 Bridge is called "Amakusa Matsushima" and counted as one of "Japan Three biggest Matsushima”.